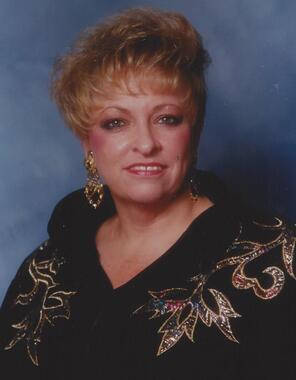 Back to Carol Lee's story

MORRIS - Carol Lee Wheeler was born on May 9, 1941, in Oneonta. She was the daughter of Christine (Russell) and Rupert Sampson.
Carol graduated from Gilbertsville Central School.
Her first job was at Breese's Department Store in Oneonta. There she learned fashion, business and people skills. Her next career was in banking at Wilber National Bank. While there, she gained knowledge in finance, loan procedures and money management.
Her first marriage was to Donald Vandermark. After ending in divorce, she moved to Syracuse.
She began a career with Mohawk Airlines. This proved to be lucrative, including travel benefits, exciting adventure and many friends.
In 1971, she married Ted (Burrell) Wheeler. They made their home between Gilbert, Arizona and Morris. Summers, they vacationed on the coast of Maine and traveled to many other states. Their favorite was Arizona, especially Sedona.
Carol Lee discovered her dream career in 1977. She became a Mary Kay beauty consultant, where she moved up the career path quickly. She became a sales director, then a senior sales director. During her 45-year career she earned many prizes, trips, diamonds and 13 career cars.
Being mentored by Mary Kay, visiting her home and the lifelong friendships were most special to Carol.
She is survived by her sisters, Andrea Guerriero and Susan Sampson; niece, Jessica Guerriero; great-niece, Eliza Sorensen; nephew, Andrew Guerriero; and sisters-in-law, Ruth Wheeler and Joan Bush.
Carol was predeceased by her parents; brother, Gary and his wife, Sandra; brother-in-law, Joseph Guerriero; and her husband, Ted.
She attended First United Methodist Church in Gilbert, Arizona and United Methodist Church in Morris.
She will be remembered for her decorating and fashion savvy, sense of humor, quick wit and entertaining friends, family and Mary Kay girlfriends.
Family and friends are invited to visit from 11 a.m. until noon, Saturday, Feb. 1, at Johnston & Stanimer Funeral Home, 60 Broad St., Morris. A memorial service will commence at the conclusion of calling hours.
Her family has entrusted her care to Johnston & Stanimer Funeral Home in Morris.
Condolences may be shared with the family at www.johnstonfh.com.
Published on January 24, 2020
To plant a tree in memory of Carol Lee Wheeler, please visit Tribute Store.

Plant a tree in memory
of Carol Lee

A place to share condolences and memories.
The guestbook expires on April 23, 2020.

Sue Fink
I am so sorry to hear of Carol Lee’s passing. I am in Florida so will not be able to attend her service. My prayers are with the family. I always enjoyed her company.
Bert, Kristy Blum, Pat Krenzer

Your Light Shines was purchased for the family of Carol Lee Wheeler by Bert, Kristy Blum, Pat Krenzer.  Send flowers

So very saddened to hear of Carol Lee's passing! She was a beautiful and vibrant spirit and will be deeply missed. Sending my most heartfelt condolences to all of her family members.