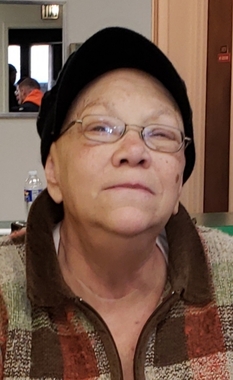 Back to Cheryl A.'s story

ELMIRA - Cheryl A. Carter, 63, formerly of Gillett, Pennsylvania and Oneonta, passed away unexpectedly on Saturday, Jan. 25, 2020.
She was born on March 15, 1956, in Elmira, to the late Clarence and Dorothy Deats Carter.
She was employed by various department stores including Rosenbaum's and Harold's Army-Navy store.
Family was always of the utmost importance to Cheryl. She enjoyed gambling, reading, bonfires with bourbon, and her feline companions.
Cheryl is survived by her two brothers, Ricky (Cheryl Marie) Carter Sr. and Stephen (Sheila) Carter, both of Gillett, Pennsylvania; stepchildren, Robert (Lisa) Lipari, Joseph (Brook) Lipari, Lindsay (Mark) Maynard and Katee (Jared) Shue Lipari; five step- grandchildren; step-siblings, Gary (Lori) Hawk, Lee Hawk and Raymond (Andrea) Hawk; nieces and nephews, Amanda and Christine, Nicole and Jason, Kristen and Patrick, Rickey Jr., Crystal, Raymond, Rand and Ryan.
In addition to her parents, Cheryl was predeceased by two companions, Michael S. Lipari and Peter Molinari; stepfather, Malcolm Bull; and stepsister, Bonnie Reese.
Guests will be received from 1 to 3 p.m., Saturday, Feb. 15, at Caywood's Funeral Home & Gardens, 1126 Broadway, Elmira A memorial service will follow at 3:15 p.m.
Memorials in her name may be directed to the Animal Care Sanctuary, 353 Sanctuary Hill, East Smithfield, PA 18831.
Published on February 10, 2020
To send flowers to the family of Cheryl A. Carter, please visit Tribute Store.

Send flowers
in memory of Cheryl A.

A place to share condolences and memories.
The guestbook expires on May 10, 2020.

Linda L Perry
So very sorry too see Cheryl has passed away. Prayers to her family and friends. I knew her from Harolds and Walmart . She was always pleasant and friendly.
View all