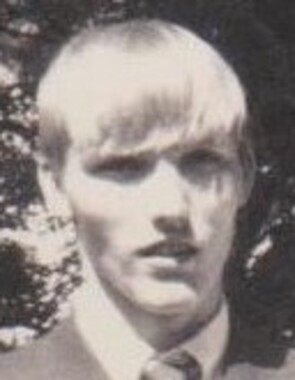 Back to Dale Maurice's story

Dale Maurice Sanford was born in Sidney, on June 10 1952.
He passed on Jan. 21 2020, at Bridgewater Nursing Home in Binghamton.
He was the son of Martin V. Sanford and Marjorie E. (Woods) Sanford.
He grew up in East Guilford and attended Sidney Central School.
In his youth, he was a true athlete and was always a physically strong person. Quick witted, he could remember hours of jokes and loved to entertain everyone around him. In his younger years he worked for Globe Silo and Southern Tier Permaside.
He did roofing, siding, rough carpentry and interior finish work. He was a very capable, talented man who could figure out how to build most anything he put his mind to.
He was married and divorced four times, to Maureen P. Beary - their son, Christian T. Beary (Beth), Louisville, Kentucky; to Marcia Gill - their daughter, Amy M. Sanford Moulton Root (Ken), Windsor; to Sharon A. Smith (passed 2017) - their daughter, Tammy J. Sanford Banks, Walton and son, William J. Sanford (passed 1999); and to Sherry L. O'Dell.
He has many grandchildren and a few great-grandchildren.
His surviving siblings are Sheila Sanford Zipfel, Douglas Sanford (Carol) and Carla Sanford Finn Bubny (Chris).
His brother, David, passed in 2017.
He is a member of a large, extended family who wish him well.
The family thanks his friend, Kevan Koepke and Zeke, his doggy companion, who Dale found cold, starving and near death on the side of the road. Zeke returned the favor by loving him until the end.
A memorial gathering will be held at 2 p.m. Saturday, March 28, at the Lotus Center, 41-45 Dietz St., Oneonta. The gathering will be held in the honor of Dale and his cousin, Versa L. Newman Swart. All friends and family are welcome. Contact dale.and.versa.memorial@gmail.com for more information about the gathering.
Published on February 13, 2020
To send flowers to the family of Dale Maurice Sanford, please visit Tribute Store.

A place to share condolences and memories.
The guestbook expires on May 13, 2020.

Beth Armstrong Benjamin
I remember Dale from my English classes. I am sorry that I didn’t realize he was such an entertainer.
Jill Hulse
I'm so sorry to hear of Dale's passing. Graduated with him in 1970. He was a gentle soul. May you find peace knowing he is in a better place and that you will see him again.
Stephen Booth
I grew up with Dale. Enjoyed many good times. Prayers to Dale's family.
Mike Blincoe
So sorry to hear of Dale's passing. Worked with him at Globe Silo for many years. Many good memories.
View all