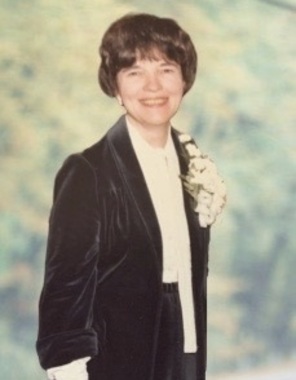 Back to Edna K.'s story

MARGARETVILLE - Edna "Mema" passed away peacefully at Mid-Hudson Regional Hospital in Poughkeepsie, following a short illness.
She was born on Aug. 12, 1933, in Arkville, to Roy and Mildred Scott.
She married Glenn R. Gavette on April 11, 1954.
Edna graduated from Margaretville Central School in 1951.
She also graduated from SUNY Delhi College in 1952 with a degree in secretarial science.
She then began a long career as Herman Gottfried's secretary.
During that time, she was involved in many things. She was on the village board and served as the first lady mayor of Margaretville. Edna was also on the board of SUNY Delhi and one of the first members of the MARK project.
She was involved with and cared about her community and surrounding area. Edna enjoyed a little gambling now and then, taking many trips to Atlantic City and Monticello. Edna was also a Bingo player on Monday nights for many years. She also enjoyed playing cards. Between the Gavette's, the Miller's and the Hubbell's, many cards were shuffled and a few curse words were spoken. In more recent years it was the weekly card games with the girls, Tillie, Marion, Kay, Alice, and Carol, and they weren't raided once. Edna also enjoyed sports. She bowled for many years and was an avid Mets fan, Lenny Dykstra being her favorite Met. She watched many games, attended her son's games and always wanted to know about her grandkids and great-grandkids games, she loved listening to Michael talk about his games.
Edna had a love for animals that started on the farm with her pet rooster, Lincoln. She had many pets after, but two of her favorites were Siggy and later, Sam.
Edna had many joys in life, including her oldest and dearest friend, Charlette, but probably her biggest joy and what she was most proud of was her grand and great-grandkids. They all brought her so much love and happiness.
Edna was predeceased by her parents; her loving husband, Glenn; and her son, Chuck.
Surviving are her sister, Carol Bouton; sons, Scott (Addison) and Alan; daughter-in law, Sharon; grandchildren, Christina, Lindsay, Lawson, Donovan, Keith (Rose-Anne), Kayla (Greg), Kristi (Erick); great-grandchildren, Serhan, Serkan, McKinley, Michael, Anastasia, Xandria, Lukas, Connor, Savannah, Maci and Taet and Everett coming soon. Also niece, Jenny; and nephews, Jed and Jimmy and their families.
Memorial donations may be made in Edna's name to Margaretville Ambulance Squad.
Calling hours will be held from 2 to 4 and 6 to 8 p.m. Thursday, Jan. 23.
Funeral service will be at 2 p.m. Friday, Jan. 24, at Hynes Funeral Home. A gathering will be held following the funeral at Margaretville Fire Hall.
Burial will be at a later date in Margaretville Annex Cemetery.
Arrangements have been entrusted to Hynes Funeral Home, Margaretville.
Published on January 20, 2020
To plant a tree in memory of Edna K. Gavette, please visit Tribute Store.

Plant a tree in memory
of Edna K.