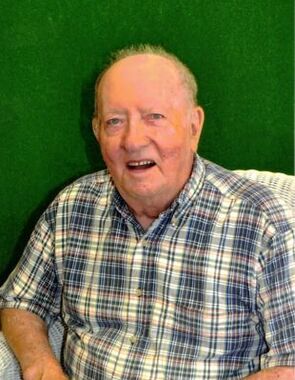 Back to James Leon's story

AUBURN, Ala. - Mr. James Leon Acker, 87, of Auburn, Alabama, passed away at his home on Friday, Nov. 22, 2019. Jim was born to the late Leon and Gunhilda (Pederson) Acker on May 8, 1932, in Bloomville. He served in the U.S. Army during the Korean War. Later he moved to Sidney, where he raised five children with his wife, Helen. He had a very successful 35-year career in Bendix (Amphenol).
Jim loved the outdoors. As a troop leader he taught the ways of the wild to many Boy Scouts of Troop 34 in Sidney. He was a longtime member of Sidney United Methodist Church. He volunteered for many committees and groups at the church.
Jim and Helen moved to Afton in 1988, where he was an active member of Afton Sertoma Club, but he also maintained ties in Sidney. Jim loved boating, camping and traveling. He often spent weekends with family boating and camping at East Sidney Lake, Otsego Lake and Cayuga Lake. He led the family on numerous summer vacations with highlights including a four week driving tour of many national parks and a two month trip to Alaska.
Jim enjoyed relief from New York winters by traveling to Hawaii and St. Maarten with Helen. One of his favorite trips was to Hungary and Austria with his wife and sister-in-law.
Jim moved to Auburn, Alabama in 2010 to live near family and care for Helen. He had many friends at his retirement community and was a lively addition to frequent social gatherings. Jim was a friendly face to newcomers in his community and helped welcome many new people.
He is missed by his old New York and new Alabama friends alike. His death leaves a large hole in the hearts of his family.
Jim is survived by his wife of 67 years, Helen; and children, Susan, Lauren (Angela), Bruce (Valerie) and Barbara (David). Also surviving are six grandchildren; five great-grandchildren; and a cherished sister-in-law, Barbara Marusiak.
He was predeceased by his brother, Wilbur; and son, John.
A celebration of Jim's life was held in Auburn, Alabama on Dec. 4, 2019. Hymns were sung, memories were shared by family and friends and a meaningful sermon was preached. As Jim would have loved, his daughter, Barbara, played the "Beer Barrel Polka" on piano as guests gathered for refreshments after the service.
Published on February 13, 2020
To plant a tree in memory of James Leon Acker, please visit Tribute Store.

Plant a tree in memory
of James Leon

A place to share condolences and memories.
The guestbook expires on May 10, 2020.

Jane Peterson Peters
My sympathy to all of Jimmy’s family. I am his cousin. We did talk occasionally. Last time was after his stroke. He told the best stories about his time in the service and always concluded our chats with a joke. He was devoted to Helen, always was. He was incredibly proud of his children and was blessed with the time he got to spend with each and every one.
I have fond memories of his visits to our home in north harpersfield. Peace to him and to all who loved him. I will miss him, he was a special cousin as was his brother 💔
View all