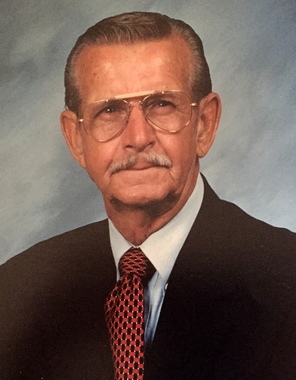 Back to Lloyd W.'s story

BAINBRIDGE - Lloyd W. Elwood, 90, passed away on Dec. 11, 2019, at Norwich Rehabilitation & Nursing Center.
He was born on July 28, 1929, in Walton, son of the late Ramon and Marjory (Sines) Elwood.
He graduated from Walton High School in 1946 and then served his country in the U.S. Army.
He received his bachelor's degree in electrical engineering from Tri-State University in 1953.
Lloyd worked as an electrical engineer at several area companies, including Bendix in Sidney and Lewis Engineering in Norwich. He retired in September 1999.
On April 10, 1953, he was married to Helen L. Freed in Angola, Indiana, sharing 66 years of marriage.
He was a longtime member of the First Presbyterian Church of Bainbridge.
Lloyd is survived by his wife, Helen Elwood; son, Michael Elwood; and sister, Joan Schaefer.
In addition to his parents, he was predeceased by his son, Daniel Elwood; brother, Doug Elwood; stepmother, Barbara Elwood; and sister, Anita Foote.
Lloyd's family is honoring his long standing request that there be no calling hours or funeral.
Condolences and memories may be shared online with the family at www.landersfh.com.
Arrangements are under the direction of C.H. Landers Funeral Chapel, Sidney.
Published on December 12, 2019
To plant a tree in memory of Lloyd W. Elwood, please visit Tribute Store.

Plant a tree in memory
of Lloyd W.

A place to share condolences and memories.
The guestbook expires on March 11, 2020.

Anita and Dave Schmitz
Helen and Mike, We are thinking of you with sadness and LOVE, and fond remembrances of your family. We especially remember card games with Lloyd, and our visits after church. We send many prayers for you.
Cheryl, Dan, Zachary, & Emily
Helen,
We are so sorry to hear about the loss of Lloyd. You both hold a special place in our hearts. Keeping you in our thoughts and prayers.
Judy and Paul Niles
To Helen, Mike and Joan:
Please know that we are keeping you in thought and prayer in the loss of Lloyd.
We all know that he at peace now and where he has longed to be.
Sending love and blessings,
Judy and Paul
Linda Ives
So sorry Helen & Mike. I know he hadn’t felt good for awhile. Maybe up there discussing with Mom which direction they were going to mow lawn next! Thoughts & prayers for you.
Fred and Paula Epply
Helen - We are saddened to hear of the loss of Lloyd. You and your family are in our thoughts and prayers. May you find peace and comfort in the memories of special times you spent together as a couple and family.
Joan Marino Sobeski
I was so sorry to hear of Lloyd's passing. During
my last visit to Bainbridge, I visited my former
neighbor for a short time, but missed Helen.
He was, for our 3 short years next door, a great neighbor and friend. Our thoughts and prayers
go out to Helen and Michael. God Bless.
View all