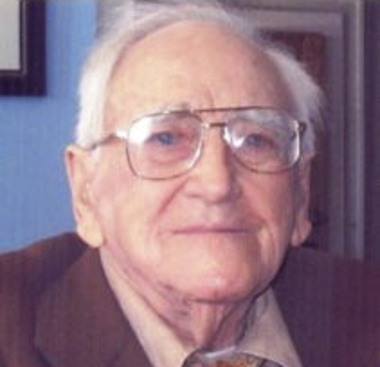 Back to Ralph E.'s story

LITCHFIELD - Ralph E. Pye, 96, of Maryland, New York, formerly of the Mohawk Valley, passed away Jan. 11, 2020, with his devoted family at his side, at the New York State Veterans Home at Oxford, where he received outstanding care.
He was born March 29, 1923, in Dolgeville, son of the late Charles and Margaret (Hays) Pye.
He married Shirley I. Tibbitts on May 1, 1948, in New Hartford and shared a loving union of 66 years until her passing on June 3, 2014.
Following high school graduation, Ralph enlisted with the military. He was a World War II Army Air Corps Combat Veteran, honorably discharged on Jan. 10, 1946, 459th Bomb Squadron.
A member of the Schenevus VFW AMVETS, he was always proud of his country and all who served.
He worked in vending in the Utica area and until retirement with Canteen Vending Corp., Warwick, Rhode Island, as a mechanic.
Family was Ralph's pride and joy. He supported their interests and activities, guiding and sharing wisdom and adventures with his children, grandchildren, nieces and nephews. He especially loved singing cowboy songs to the babies.
Ralph embraced life's adventures traveling with his wife on the back roads and by-ways of 49 states, Mexico and Canada. He was inspired by the beauty and awe of the land, the people and the delicious food. He loved to eat. They were also avid rock hunters, collecting many gemstones.
Ralph loved to tell stories and in one of his own favorite phrases, he was a "Humdinger."
He is survived by his beloved family, children, Dale and Frank Capristo of Maryland, Charles and Diane Pye of Colorado City, Colorado, Beverly and Eric Eisenacher, of Harrisburg, Pennsylvania and Steven and Margaret Pye of New Hartford; grandchildren, Frank Capristo III, Anthony Capristo, Beth Ann Foster, Thomas Pye, Joseph Pye, Jamie Pye, Lynsie Steele, Erica Eisenacher, Karl Eisenacher, Steven Pye II, Jessica Seraphin, Mike Piazza and Erica Piazza; 10 great-grandchildren; sisters-in-law, Nancy Burns and Eleanor Tibbitts of New Hartford; and several nieces and nephews.
He was predeceased by siblings, Everett Pye and Florence Senif.
Calling hours will be from 11 a.m. to 1 p.m., with a memorial service at 1 p.m., Saturday, Jan. 18, at Enea & Ciaccia Family Funeral Home, 4309 Acme Road (Town of Frankfort), Ilion, with the Rev. Judith A. Thistle officiating. Donations may be sent in lieu of flowers to Feed Our Vets, P.O. Box 1, New York Mills, NY 13417, feedourvets.org.
Expressions of sympathy may be shared online at www.eneafamily.com.
Arrangements have been carefully thought out by the family with Funeral Directors Harry J. & Kevin E. Enea and Martin L. Ciaccia, 315-894-8000.
Published on January 14, 2020
To send flowers to the family of Ralph E. Pye, please visit Tribute Store.

A place to share condolences and memories.
The guestbook expires on April 13, 2020.