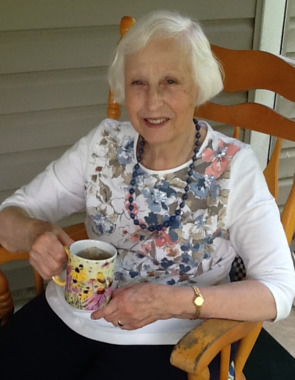 Back to Sally G.'s story

SLINGERLANDS - Sally Gerig Campbell MacLachlan, 87, formerly of Delmar, Manhattan and Sidney, passed into eternity on Feb. 12, 2020.
Born in Rome, she was the daughter of the late Solomon and Irene (Tyler) Gerig.
She graduated as salutatorian of Sidney High School, received a Bachelor's degree from SUNY Albany and a Master's of Public Administration from NYU.
Sally was a stay-at-home mom while her girls were young but then worked in both Delaware County and the State Department of Albany Social Services offices, as well as with her husband Jim in his businesses, Timely Decisions and Biblical Films Inc.
Sally considered her years spent in social work as a calling, as she had a deep love for people due to her strong Christian faith. This faith displayed itself through her social work and blossomed through her work with her husband, Jim, making and distributing tapes of the wonderful sermons in their local church at the time, as well as through their work with the Gideon's International organization. Sally worked tirelessly to spread the message of the saving grace that each of us may receive through Jesus Christ and personally handed out thousands of personal new testaments to people on the streets of Albany and wherever she went. For a number of years, she also sent new testaments and small personal bibles, as well as financial support, to children and missionaries in several African mission schools.
From an early age, Sally desired to travel and see the world. She visited most of the European countries, Russia, China, Egypt, Israel (eight times) and many states in the U.S., including Alaska and Hawaii. She also enjoyed yearly trips to Cape Cod and Portland, Maine, to spend time with her youngest daughter. When long distance traveling became too challenging, she continued to explore New York's byways and until last fall drove periodically to Binghamton to see her family.
Many benefited from knowing Sally. She was always ready to share interesting facts, as she was a very detailed-oriented person. She had deep loyalties and love for her family, her Sidney High School classmates (Class of 1950), her wonderful relationships with the Gideon members far and wide, her church and her great and caring friends at Beverwyck Independent Senior Living Community. She spent her last days receiving calls, letters and visits from those she loved. Each of those contacts and the many prayers meant so much.
She is survived by three children, Sheila and (Tom) Snyder, Johnson City, Carolyn Campbell, Gorham, Maine; and stepdaughter, Laura (Jeff) Wold, Martinez, California; four grandchildren, Thomas (Liz) Snyder Jr., Johnson City, Daniel Snyder, Morrisville, Vermont and Ryan and Jason Wold, Martinez, California. She is also survived by her beloved sister, Sheila (Stark) Smith, Chenango Bridge, and her four nieces and their families.
She was predeceased by her two husbands, David Campbell, Sidney and James MacLachlan, Delmar.
A funeral service will be held at 11 a.m., Saturday, Feb. 22, at Delmar Reformed Church, 386 Delaware Ave., Delmar, with the Rev. Chris Vande Bunte officiating. Friends may call at the church for one hour before the service, beginning at 10 a.m.
In lieu of flowers, Sally requested that any memorial donations be made to the Delmar Reformed Church, 386 Delaware Ave., Delmar, NY 12054, or to Gideons International, P.O. Box 1386, Latham, NY 12110.
Condolence for the family may be shared at www.CannonFuneral.com.
Published on February 14, 2020
To send flowers to the family of Sally G. MacLachlan, please visit Tribute Store.

A place to share condolences and memories.
The guestbook expires on May 14, 2020.