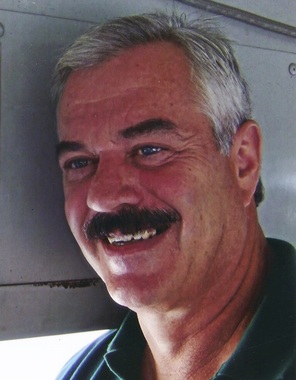 Back to Steven C.'s story

SCHENEVUS - Steven C. Naatz of Schenevus, formerly of Goodyear Lake, passed away on Sunday, July 7, 2019, with family by his side. He was 67.
Steve was born at A.O. Fox Hospital in Oneonta, to Audrey V. (Baumann) and William M. Naatz of Emmons and was the middle of five children.
He graduated from Oneonta High School, earned an AAS from the SUNY College of Environmental Science and Forestry Ranger School in Wanakena and received a MS from Colorado State University thereafter.
He served in the Army National Guard as a Senior Surveyor at USAES Fort Belvoir, Virginia.
A forester by trade, he was a longtime employee of Phillips Lumber Company in Hartwick. He also held positions with the NYS Department of Environmental Conservation in Fisheries and Game Management. He later owned and operated Naatz Excavating and Forestry and was also a general contractor who built custom homes.
Steve was a very loving father and stepfather. His greatest joys were time with his family, hunting and fishing with his children and buddies and the company of his many beloved dogs throughout the years. He was known for his witty and sarcastic sense of humor, as well as a kind and gentle heart with a strong exterior. He had an incredible passion for the outdoors and conservation. He was a true woodsman, known for wearing flannel shirts and jeans in all seasons, and able to identify every tree and animal by its Latin name.
In his early years, he took great pride in keeping his many vehicles, motorcycles, and boats in pristine condition. He cherished his house on Goodyear Lake, where his children grew up swimming and boating. South Mountain was another favorite spot, where he originally built a cabin and later a lodge and trout pond. Many hunts were followed by stories shared around the hearth of the wood stove.
Later in life, Steve enjoyed many activities and laughs with his longtime companion, Patty, including traveling to places with their core group of friends such as Lake Ontario, Cape Cod and Lake Placid; hosting multiple social gatherings "up on the hill," and Sunday dinners with family. He also loved reading, Classic Westerns, singin' the oldies and going out for ice cream with the grandkids after school.
He was an active member of the Oneonta American Legion and Elks Lodge, where he established and hosted the very successful annual William M. Naatz Memorial Game Dinner for Sportsmen for more than 30 years. He was also a member of the Sixth Ward Athletic Club of Oneonta.
Steve is preceded by his parents, Audrey and Bill; sister, Julie Naatz; and brothers, William "Rick" and Kevin Naatz.
He will be dearly missed by his longtime partner, Patty Carimando of Schenevus; children, Ryan Naatz of Goodyear Lake, Tasha Naatz (Aaron Fuller) of Boston, Massachusetts, Susan Carimando of Schenevus, Anthony Carimando (Amanda) of Schenevus and Angelo Carimando (Megan Connolly) of Oneonta; grandchildren, Alexis, Anthony, Amelia and Tony of Schenevus; sister, Pamela Naatz-Runner of San Diego, California; nephew, Justin Naatz of Goodyear Lake; dog, Mickey; along with other family and close friends.
A private memorial gathering will be held for family and friends later this month.
In lieu of flowers, please consider donating to the Susquehanna SPCA, 4841 State Highway 28, Cooperstown, NY 13326, www.sqspca.org.
Share condolences for the family online by visiting Lewis, Hurley & Pietrobono Funeral Home's website at www.lhpfuneralhome.com.
Published on July 16, 2019
To plant a tree in memory of Steven C. Naatz, please visit Tribute Store.

Plant a tree in memory
of Steven C.

A place to share condolences and memories.
The guestbook expires on October 14, 2019.

Restore the guestbook to view the 7 more posts by family and friends, and share a memory or message of condolence of your own.