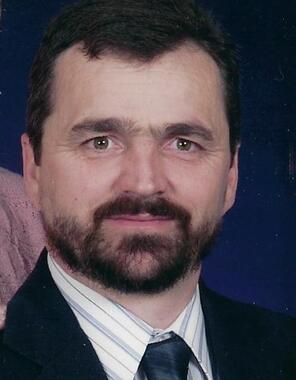 Back to William L.'s story

WAYMART, Pa - William L. Puerile, 58, of Waymart, Pennsylvania, passed away on Tuesday, Jan. 21, 2020, at home.
He was predeceased by his beloved wife, Belva Ann (Lamberton) Puerile in 2006.
He was born on July 19, 1961, in Honesdale, Pennsylvania, the son of Freda (Smith) Puerile of Sidney, and the late James P. "Pat" Puerile.
Bill was a longtime employee of General Dynamics.
In his youth, he especially enjoyed spending summers at the lake with his "Grandma Dottie," Dortha Smith.
Bill loved his convertible and took great pleasure in driving it through the local countryside. Most of all, he enjoyed his grandchildren.
He will be missed greatly by all who knew and loved him.
Bill is also survived by three sons, James Lawler and his wife, Maria of Carbondale, Pennsylvania, Robert Lawler and his wife, Pamela of Lancaster, Pennsylvania, and John Lawler and his wife, Michelle of Sturges, Pennsylvania; two daughters, Lisa Molinaro and her husband, Robert of Crystal Lake, Pennsylvania and Kimberly Wildes of Hanover Township, Pennsylvania; two brothers, James Puerile and his wife, Shelia of Unadilla and Christopher Puerile and his wife, Amy of Bainbridge; three sisters, Denise Puerile of Norwich, Dale Puerile of New York and Mary Puerile of North Dakota; 13 grandchildren; three great-grandchildren; many nieces, nephews and a large, extended family.
In addition to his wife and father, he was also predeceased by his brother, James Albert Puerile; and son, Kevin Abe Lawler.
Memorial services will be held at noon, Friday, Jan. 24, with Pastor Wendy D'Agostino officiating at Jenkins-Howell Funeral Home Inc., 269 Belmont St., Waymart, Pennsylvania.
Visitation will be at the funeral home from 10 a.m. until noon on Friday.
Interment will be Friday in East Canaan Cemetery.
Condolences may be shared at www.JenkinsHowellFuneralHome.com.
Published on January 25, 2020
To send flowers to the family of William L. Puerile, please visit Tribute Store.

A place to share condolences and memories.
The guestbook expires on April 21, 2020.

Pat Scheidegger
I am so sorry for your loss. If I can do anything for you all you need to do is call.
Arlene McCoon

A memorial tree was planted in memory of William L. Puerile.  Plant a tree